Readers, Knitters, Crocheters...It's been too long since I've actually updated this blog with what's going on with my knitting and crochet projects.

Ever since bee blanket not-quite-a-disaster, I've been steering my focus away from color work so that I can work on my knit lace skills. So, I picked up some lovely lace-weight wool (Cascade Yarns' Forest Hills) and started on one of the most popular lace designs on Ravelry: Herbert Niebling's Lyra (pattern can be found here: http://www.ravelry.com/patterns/library/lyra)  : 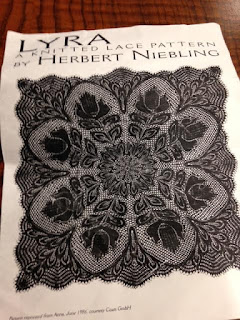 ...and I've been working on it on/off since April: 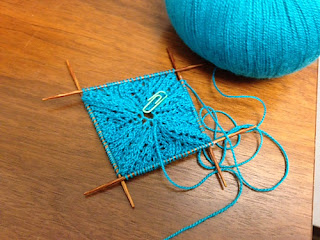 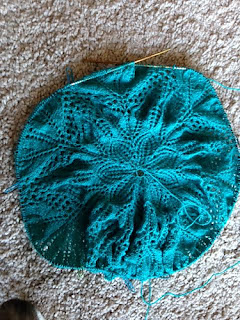 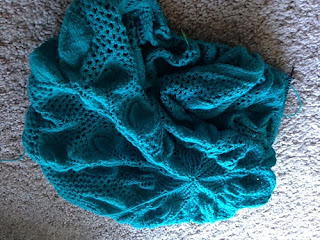 I have to say that I did make a few mistakes. They're not major ones, but they're juuuust noticeable enough that I hesitate at the thought of entering this piece in the Washington State Fair. I'll wait until it's completely finished and blocked before making any decisions, though.

As I was working on Lyra, I got an itch to start a smaller lace project. I came across Doilyheads' fabulous blog (found here: https://doilyhead.wordpress.com/) and downloaded "Fuschias" (found here: https://doilyhead.wordpress.com/about/doily-patterns-for-sale/various-publishers/fuschia/). I finished the doily just this morning! 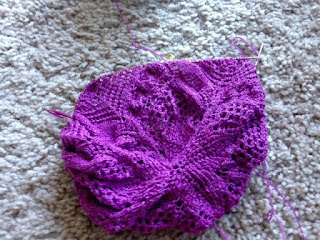 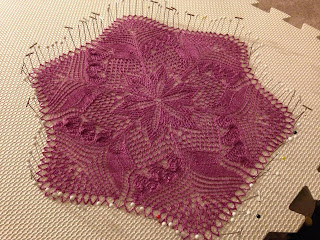 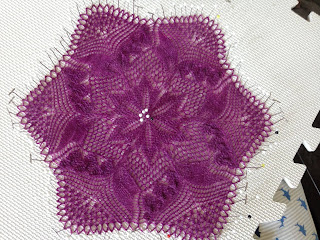 I used 000 needles, and I absolutely love the result!

I'm also absolutely loving the yarn I used as well! I splurged on a fabulous merino/silk blend (Duchess by Frabjous Fibers) for this project, and I have about 800 yards leftover. I wouldn't be surprised if I ended up using every inch by the end of the year!

Let me tell you, Readers: I had a BLAST knitting Fuschias. I'm loving this kind of lace design! These kind of patterns suck me in the same way I get sucked into a good book; I just can't put them down!

I'll be entering the Fuchsia doily in the Washington State Fair this year, for sure! I'll keep you all posted on how my Lyra comes along! 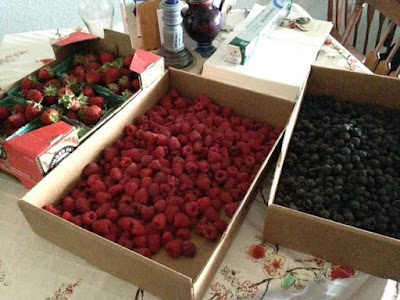 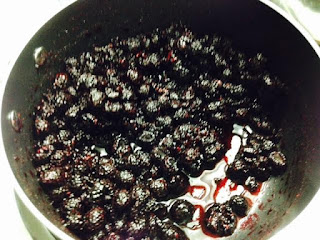 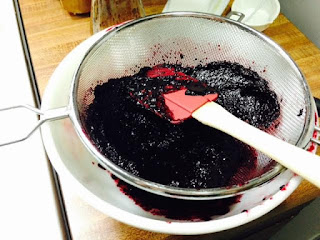 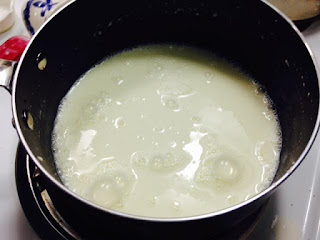 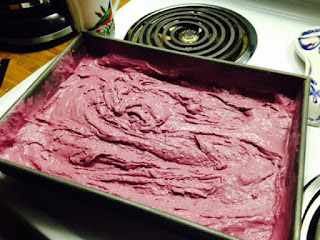 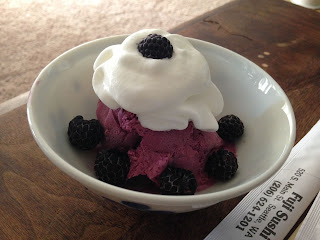 I finished the final chart, and because I didn't feel like dragging out my sewing machine, decided to use the crochet steek method so that I can turn this tube of knitting into a rectangle. What I didn't realize was that a crocheted steek only works for non-treated wool. The yarn I used for this blanket was a super-wash.

In addition to using the wrong steek technique, I also made the mistake of carrying the background color across the steek stitches in a weird way. I wanted to make sure that my floats were staggered (this makes the pretty "diamond" pattern on the back), so I kind of...twisted the gray yarn in a way that kind of made a "bump" in addition to the purl stitch that was supposed to be cut.


So in addition to the purl stitch that the crochet stitches are supposed to "catch" when you cut them, I also mistakenly cut the gray background float.

And now my gorgeous Armenian knit blanket has a huge hole in it.

I'm not sure I can fix this without making more huge gaping holes. I carried the background color for most of the blanket...so unless I cut that background float, I'm not going to be able to cut my steek at all.

The fabulous ladies at The Tea Cozy yarn shop in Ballard tell me that I can reinforce my steek with my sewing machine, and that might be enough to fix the problem. But a royal eff-up like this after five months of work (FIVE MONTHS OF WORK) was enough to make me want to just take a break from this project.

For now, I'm going to put this project down. Perhaps I'll look at it again in a week or two; I find that looking at things with fresh eyes can really make things easier when I've made a major oopsie.

I guess all that's left to do is this:


Until next time, Readers.

Posted by Orb Weaver at 7:29 PM No comments:


A simple penny
whistle, and science fiction,
make gorgeous music.
Posted by Orb Weaver at 4:00 AM No comments: 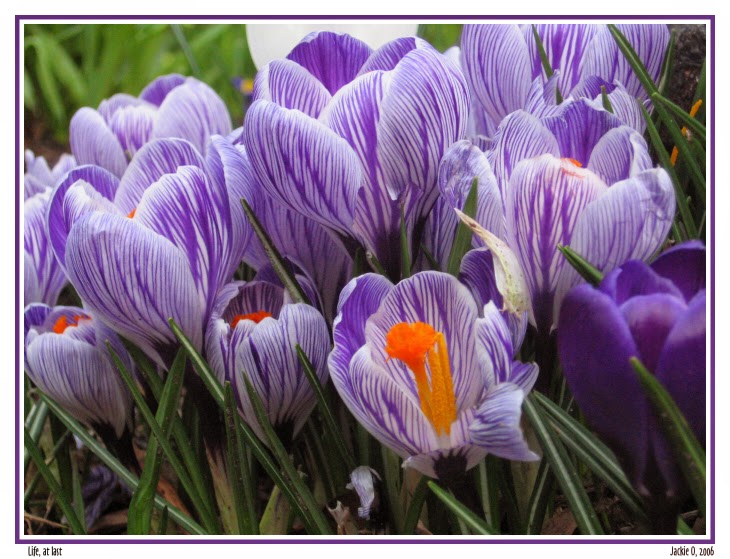 The crocus peeks out
of the frozen ground, as the
Earth yawns and awakes.

Happy first day of spring, Readers!
Posted by Orb Weaver at 9:45 AM No comments:

We got bored on Saturday...so we made jam. 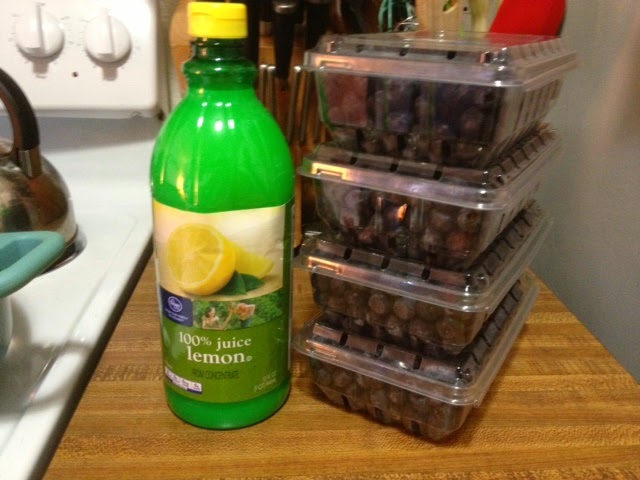 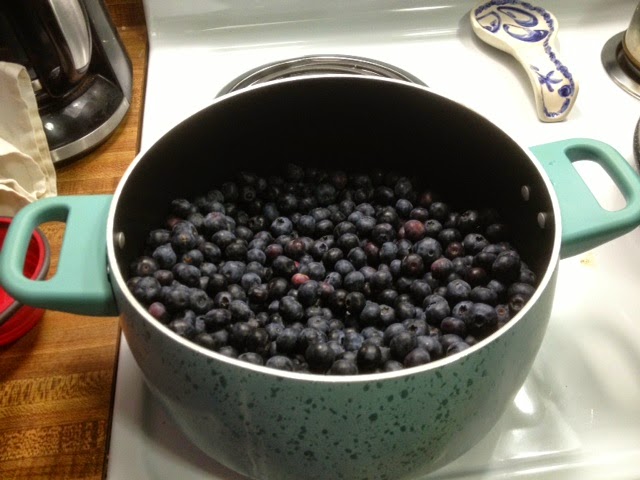 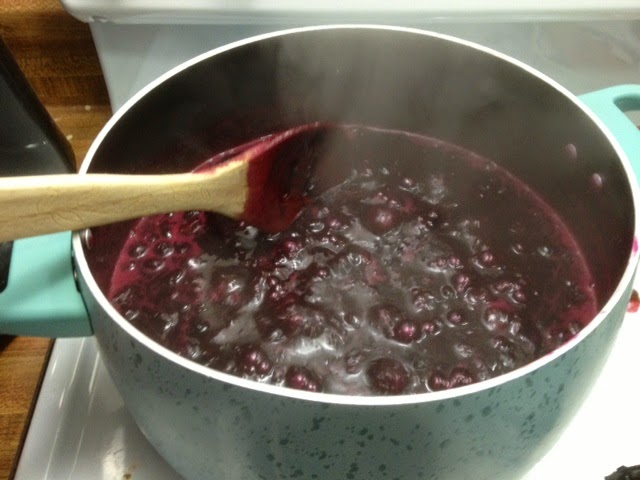 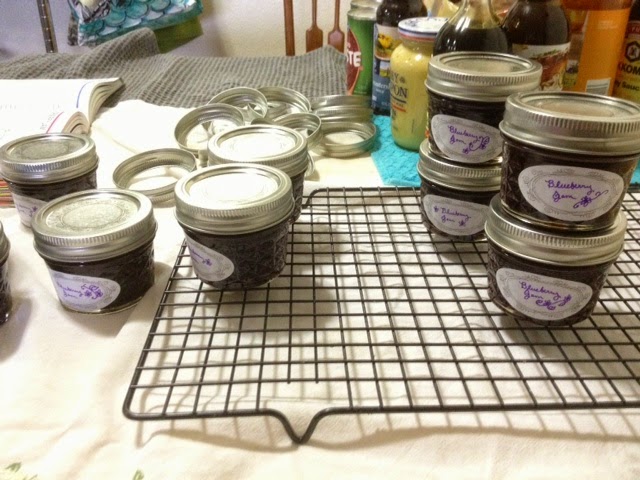 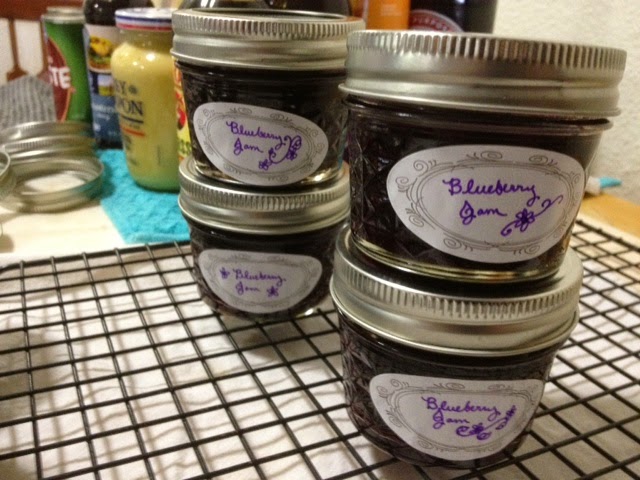 I hope you like jammin' too, Readers! Until next time! <3

Email ThisBlogThis!Share to TwitterShare to FacebookShare to Pinterest
Labels: Jam 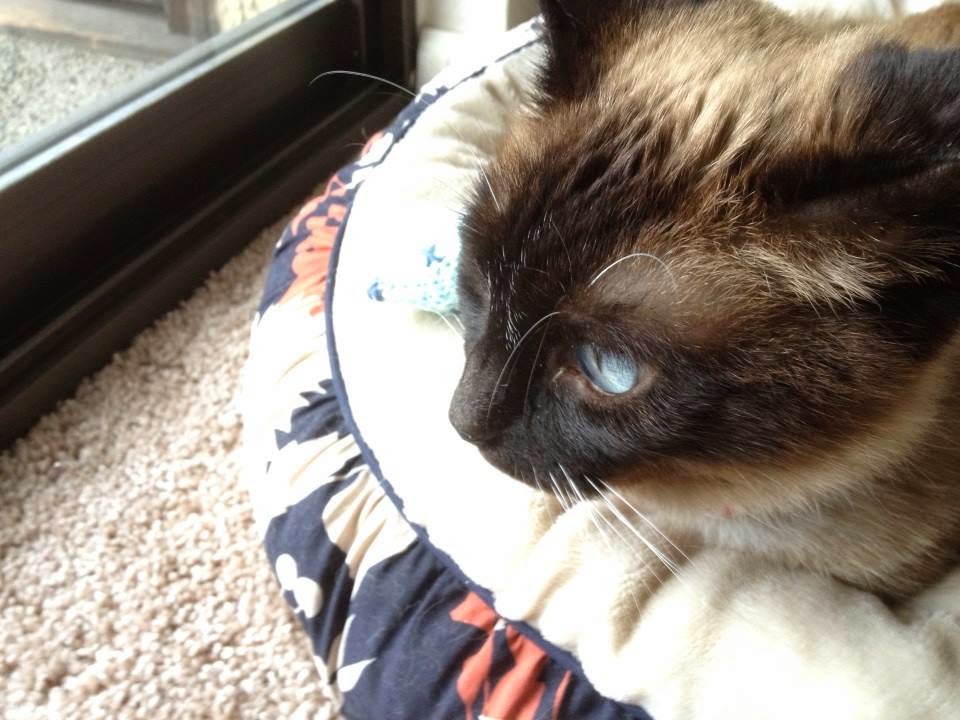