Haiku Friday: It was the salmon mousse.

That's disappointing.
Well, off to the afterlife.
Shall we take the car?

(Readers, this is my favorite bit from Monty Python's Meaning of Life. The casual and nonchalant way these characters react to their demise cracks me up every time. Happy Halloween!)

Posted by Orb Weaver at 8:31 AM No comments:

What I've been up to: Autumn edition!

It's been a while since my last blog update, so I thought it would be a good idea to let you all know what I've been doing for the past month:

First, I finally finished up and blocked this sweater... 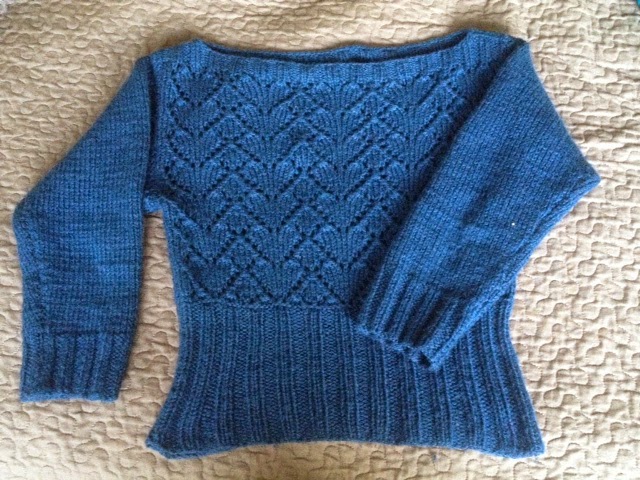 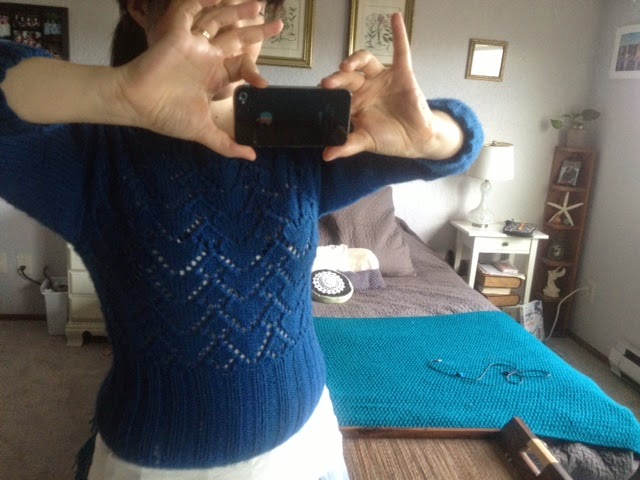 ...and I have to say that I am delighted with how it came out! The yarn is a mite bit itchy, though, so if I were to knit this again I'd use something different.

But my word. I love this sweater. I wore it for two days in a row after it was completely finished.

I've also been working on building up Lace Mountain 2014... 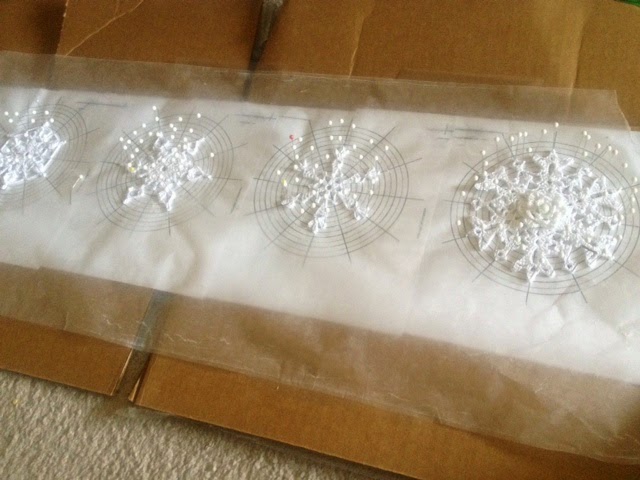 ...which is considerably smaller than last year's Lace Mountain. I'm aiming to have at least thirty flakes, though. 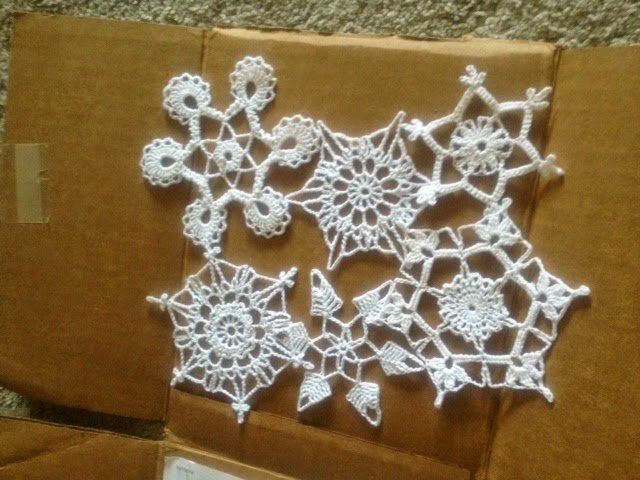 I haven't had a chance to crochet as many snowflakes as I'd like; my inner ears are acting like divas so I can't crochet on my bus commute like I usually do. I'd make more time to crochet at home, but I've been distracted from my crochet projects because WE GOT A PET!

Readers, meet Carl Sagan the Angry Fish, the newest member of our family!


...thus named because the very first thing he did when we put him in his bowl was to attack his own reflection.

He's also known as Carl, Sagan, Fish, and Fishy (depending on our moods).

While it has been noted that there is the possibility of this little guy developing an identity crisis, Carl Sagan the Angry Fish doesn't really seem to care one way or the other about what we call him.

It's been a lot of fun having a pet for the first time in goodness knows how long. Cats and Dogs are strictly forbidden in our rent agreement (And keeping Carl Sagan the Angry Fish is...kind of toeing the line on what exactly is allowed), so it's nice to be greeted after a long day.

Even when that greeting is coming from a homicidal Betta fish; swimming out with his gills and fins all puffed out in an attempt to destroy any and all who try to intrude on his fish bowl.

I caught a nasty head-cold last week and had to stay home from work for a couple of days. Carl isn't nearly as comforting as a furry kitty cat, but he did come out of his favorite hiding place (behind a large, flat rock) and followed my finger around the fishbowl glass.

Then he puffed his fins out and swam/crashed into the side of his bowl in an attempt to kill my finger.

He shows his affection in his own 'lil fishy way.

So anyways, that was my October, Readers! I'll try to be better about updating this blog, although it may be a little while before I have anything to report apart from Carl Sagan the Angry Fish's murder attempts.

Until next time!
Posted by Orb Weaver at 9:11 AM No comments: 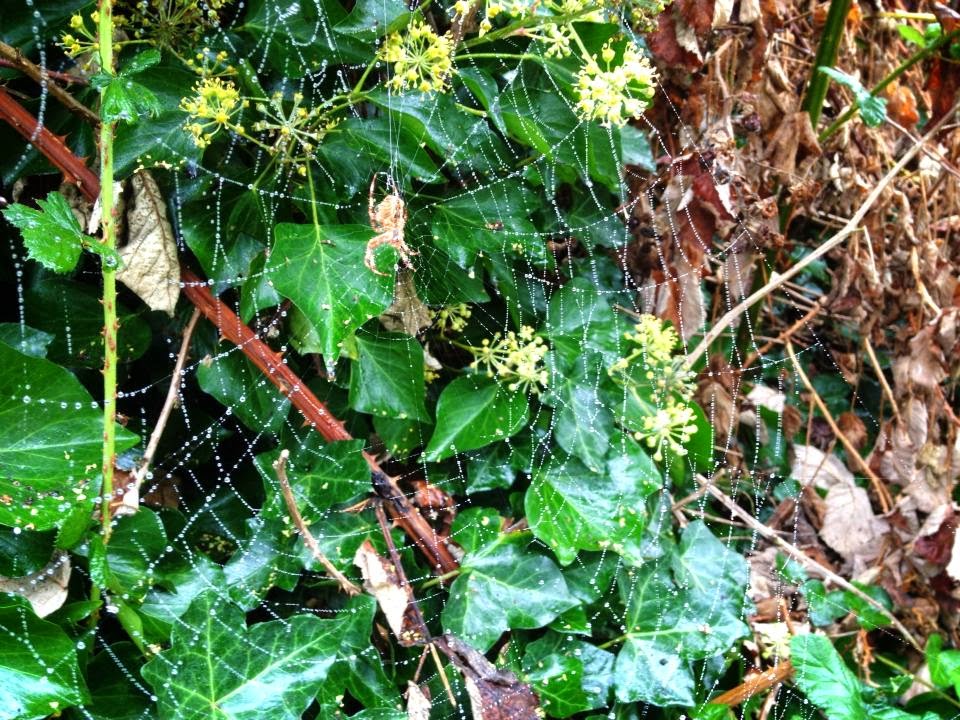 I love how the morning dew on spiderwebs looks. Almost like tiny diamonds. <3

Until next time, Readers!
Posted by Orb Weaver at 10:16 PM No comments: 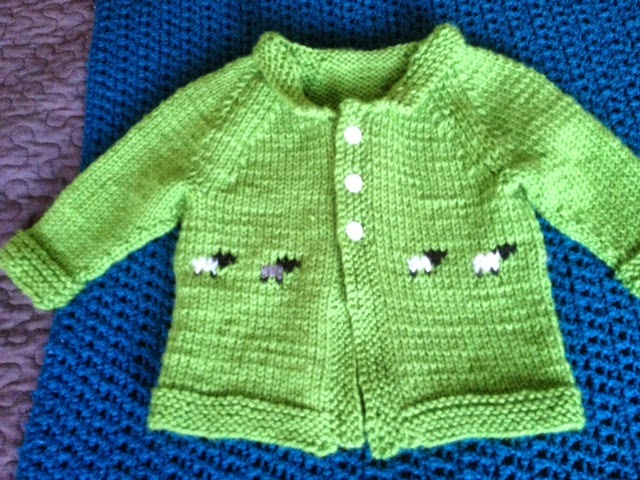 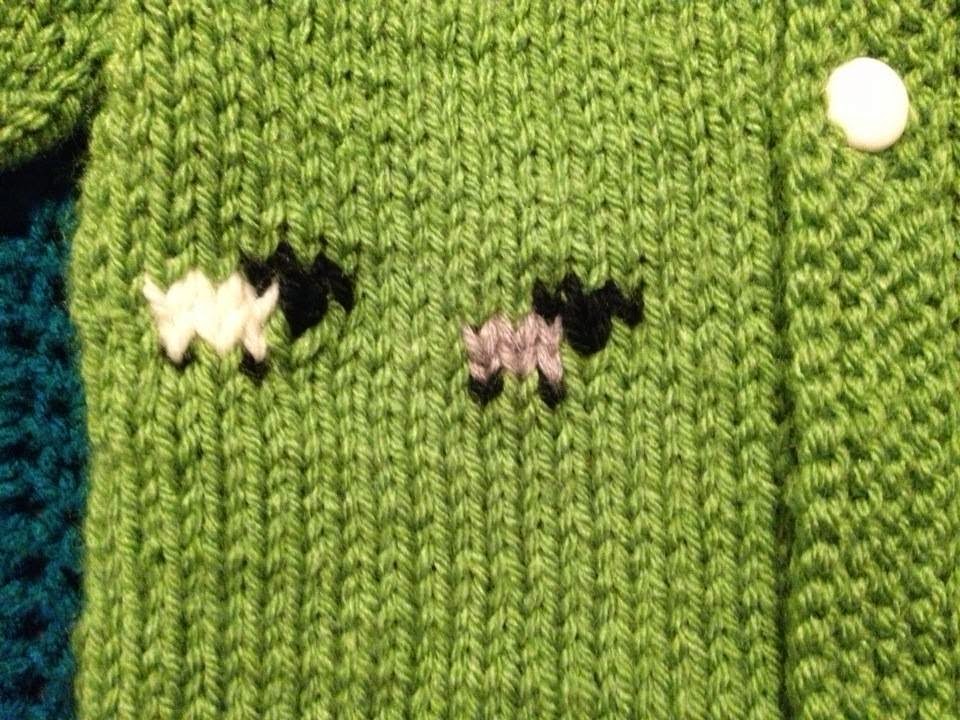 I finished up this sweet little sheepy sheep sweater for a friends' baby shower tomorrow, Readers!

You'd better believe that when Mr. Orb Weaver and I have our baby, I will be knitting one of these in every color.

Posted by Orb Weaver at 8:07 PM No comments: