I am truly the
Luckiest employee, to
look out and see this: 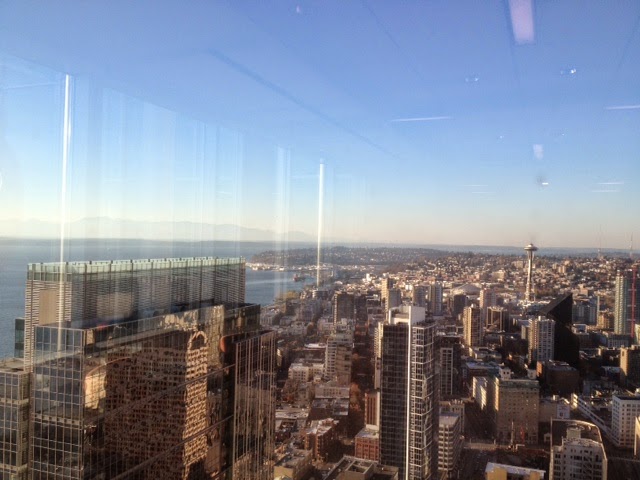 (I really am the luckiest woman in the world, Readers, to be treated to this view every day!)
Posted by Orb Weaver at 7:28 PM No comments:

Readers (and fellow Moonies), if you really want to get into the nerd spirit of this snowflake, please play the music linked below. And feel free to sing along!


Readers, one of my favorite guilty pleasure TV shows has been digitally restored and put on Hulu.

While I don't count myself among the "Moonies", I will say that I have a very soft spot in my heart for Sailor Moon.

Growing up, I would joyfully set myself in front of the TV if I was lucky enough to catch the show before heading out for school (the show aired at 6:30 am where we were living), and partake in whatever fabulousness Serena (aka Usagi in the Japanese version) and her friends were up to. This was a rare treat, though; my mother wasn't exactly a fan of the show, so the channel would get routinely get changed to the morning news. She'd tolerate the show on a few rare occasions, but she'd never miss a chance to remind us that "this cartoon is the dumbest thing I've ever seen!"

Well, yes. Yes, it is dumb. Sailor Moon (at least the American version) is probably one of the dumbest shows ever put on television. But I love it anyway. It fills me full of nostalgic feels.

So, Sailor Moon wasn't a show that I got to watch all that often, along with Muppet Babies, Ren and Stimpy, Sonic the Hedgehog, Captain Planet; any show that annoyed either of my parents was generally avoided at our house. And if any of us whined enough to be allowed a temporary viewing, both of my parents would take every possible opportunity to remind us WHY they thought the show was beneath our family's dignity.

In Sailor Moon's case, my parents weren't necessarily bothered by the concept or characters (although my Dad would point out on more than one occasion that he thought Serena's Sailor Senshi outfit was stupid: "It doesn't even hide her face! It's not like she's hiding her identity! What kind of superhero is this?!"), more than anything else, it was the voice acting that set them over the edge.

Before any of you ask, yes, I'm talking about Cloverway's terrible English dub.

Anyways, my latest crochet snowflake is based around my favorite guilty-pleasure cartoon! The larger spokes are loosely based off of Usagi's Cosmic Heart Compact (I put more hearts on it), and the crescent moons are based off of her Moon Stick. To the Moonies reading this: I am well aware that Usagi never used the Moon Stick and the Cosmic Heart Compact at the same time. I just thought they looked nice together :-)  I hope you guys enjoy, Readers! 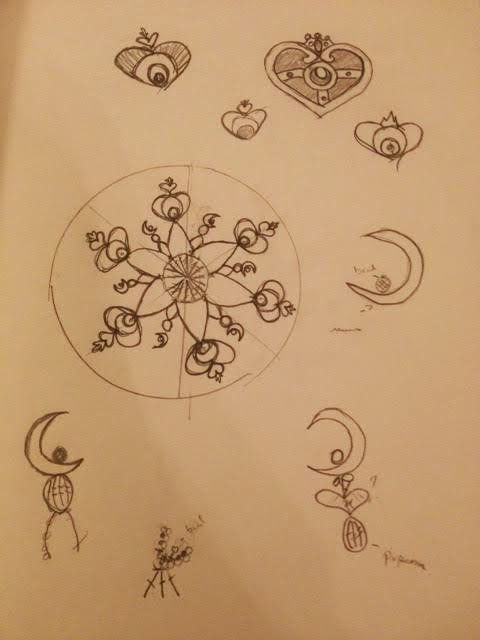 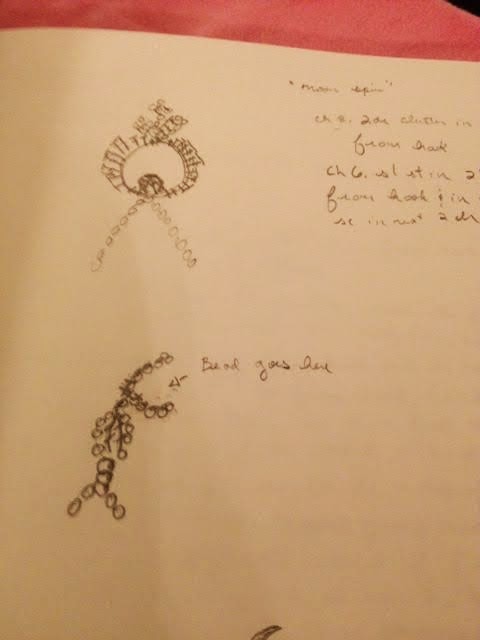 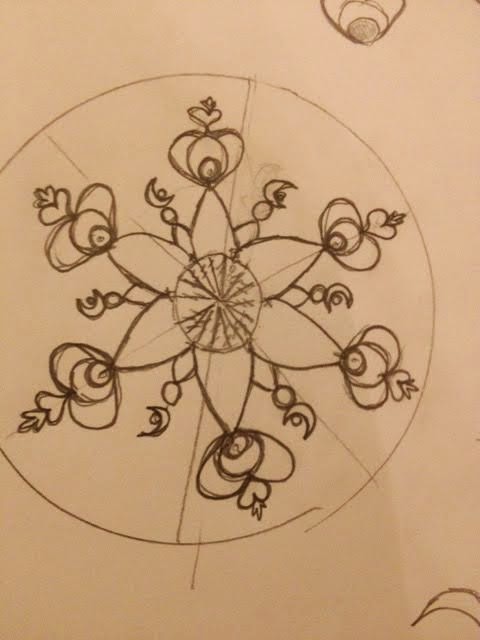 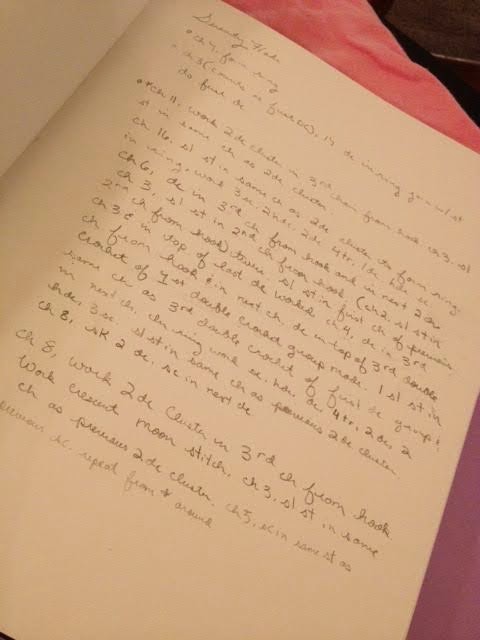 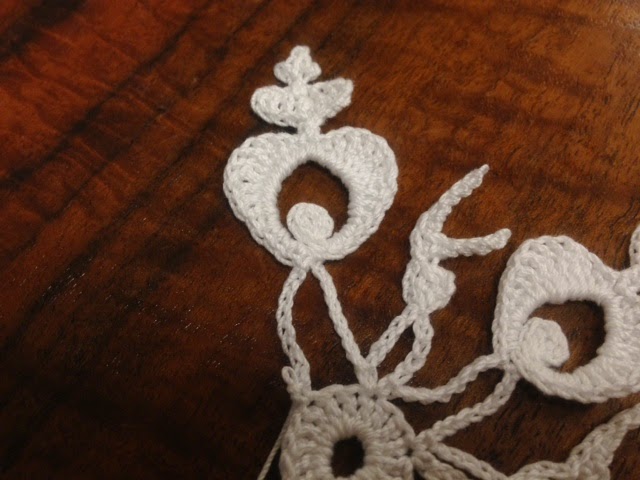 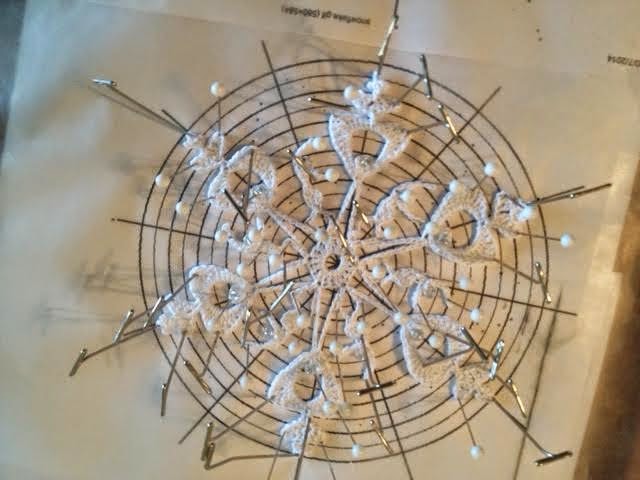 Crocheters, you know the drill! You can do whatever your hearts desire with the snowflakes you make from this pattern, but as for the pattern itself: Please don't change it, please don't sell it, but feel free to share it all you like!

Betrays the sharp dressed
hipster typing on his Mac
as the bus rumbles.

Child, your latte cost
twice what the man in grey is
asking you to pay.

Child, if you could buy
your double shot extra foam
Vanilla latte,

Then you could afford
Two dollars and fifty cents
fare to ride the bus.

(Pay your bus fares, people).
Posted by Orb Weaver at 4:35 PM No comments:

A good evening to you all, my dear readers!

I'm putting the finishing touches on a new snowflake that I am VERY excited about.

Plus, I'm going to preemptively put out an uber Nerd Alert.

The flake itself is about halfway there (and it's probably one of the most convoluted snowflakes I've ever designed...so much for my mantra of "less is more"!), and should probably be ready to show in a week or so. But, here's a little hint of what you can expect:


Until next time!
Posted by Orb Weaver at 7:18 PM No comments: